Peposo is a typical dish of Tuscany, a region rich in artistic and natural treasures, but also in unique products, and genuine and tasty cuisine. Thanks to the fertility of the territory, the culture, and gastronomic traditions, this land is teeming with recipes that for centuries have become a real birthright of the Bel Paese. With the authentic flavors, they preserve this culinary history and its stories. The Peposo, among these, has a very particular history. This sort of stew was born exactly in Impruneta — a municipality on the outskirts of Florence well known for the terracotta industry since the Middle Ages. Here were the factories and famous furnaces where bricks were baked and used in the construction of the dome of the Duomo of Florence.

It seems that the bakers, while firing the bricks, exploited the ovens to cook their daily meals. One was Peposo, a dish based on meat cooked in abundant red wine and peppercorns. This technique served to cover the strong flavor of the meat which was often a poor cut or not very fresh given the poor economic conditions of the workers. The Peposo was transported to Florence in terracotta casseroles set on wagons loaded with freshly baked bricks and kept warm thanks to their heat. At lunchtime the workers of Impruneta shared the meal with the other workers at the Santa Maria del Fiore construction site. Thus, it became one of the most famous traditional recipes of the Florentine area.

In 1400 Filippo Brunelleschi was responsible for the design and construction of the Cathedral’s dome (Duomo) and also for the management of the workers and their working times. He took his cue from the workers of the Impruneta furnaces to optimize the times of the lunch break and, therefore, the long climbs and descents from the Duomo’s very high scaffolding. He had canteens built on scaffolding from where workers could eat without having to get off. Brunelleschi himself sent workers, through the winches of the construction site, red wine, abundant bread, and Peposo — now promoted as the official meal of the work. It also contributed to the expansion and success of this Tuscan delicacy.

Peposo is still celebrated today in Impruneta with “Peposo Day”. It is a part of the Grape Festival, one of the oldest theme festivals in Italy celebrated every year on the last Sunday of September. During the event, the whole country is mobilized to contribute to the realization of the event. Local housewives challenge each other in the race of the best Peposo, judged by a jury selected for the occasion. However, the most awaited moment is the parade of allegorical floats. The four city districts (Sante Marie, Sant’Antonio, Fornaci, and Pallò) challenge each other in creating the most beautiful, grape harvest-themed wagon. Days before the party, the members of the districts work strenuously to sew clothes, decorate the windows, and build the most beautiful wagon. The winner obtains the supremacy of the city.

This not to be missed, event has preserved all its spirit of tradition and rivalry as well as pride in promoting the territory’s products. September, on the other hand, is the month par excellence of harvest (Vendemmia). This is when the countryside smells of must. Conviviality and joy of the grape harvest pervades, and the festivals are dedicated to it. Immerse yourself in the area’s vineyards and olive groves, take a tour of Impruneta to taste the delicacies, and conclude your visit with a glass of good red wine.  Maybe drink Chianti near the Florence Duomo, where you can admire Brunelleschi’s architectural masterpiece, also made possible thanks to the Peposo.

For the bread wafer: 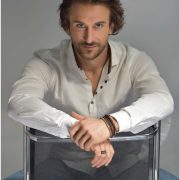 Grape Harvest in Italy: Memories of Tradition and Life at Home 

A Visit to Locanda Cipriani in Venice