The crowds have erupted all over Italy as Azzurri tops Spain on penalty kicks following tonight’s EURO 2020 semi-finals! It was not so long ago that total despair filled the air of Italy’s streets and the hearts of their beloved fans. 2018 saw ‘Gli Azzurri’ lose a 2 leg fixture to Sweden and failure to qualify for the World Cup for the first time since 1930. For many, it was a sign that the golden generation of Italian football was at an end with greats such as Pirlo, Baggio and Del Piero seeming like a lifetime ago.

Italy looked like a force to be reckoned with right from the first game. With 3 wins out of 3 matches and no goals conceded in the group stages: they very quickly turned from a dark horse to a squad more and more likely to get to the final stages of the competition, and that is exactly what they did.

2-1 wins over both Austria and a strong Belgian side saw Italy head straight for the Semi Final against rivals, Spain.

One of the most enthralling games in the competition so far.

Tonights game was one of the most enthralling games in the competition so far. Both teams had completely unique styles and to watch the skill from both sets of players was a pleasure. Chiesa opened the scoring with a second half, beautifully taken shot leaving Spain trailing but much like their famous bullfighting, Spain saw red and would not be beaten so easily.

It was with only 10 minutes to go that Chelsea reject, Alvaro Morata, saved the day and made it even before the final whistle.

An uninteresting 30 minutes of extra time saw the game still at a deadlock leaving penalties as the only way to separate the two. Misses from both sides saw it at a tense 2-2. However, Morata couldn’t keep his shooting boots on and a miss left the entire game for Jorginho to win. The Champions League winner ,with his famous penalty kick, slotted it home for Gli Azzurri to face either England or Denmark on Sunday at the EURO 2020 final.

Italy: Yes, You Can Travel There
One Euro Homes: Castropignano, Too Good To Be True 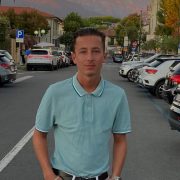