After a truly tough couple of years in the pandemic, it is time for Bergamo and Brescia to get a moment of hope and revival through culture. The neighboring towns in the north of Italy have become the Italian Capitals of Culture 2023. It is the first time in the history of the project, established in 2014 by the Italian Ministry of Culture, that more than one city gets the honor.

And so, throughout the year ahead of us the visitors of Bergamo and Brescia can enjoy a splendid array of cultural initiatives across both municipalities.

When it was hard for the board of the Italian Capital of Culture to choose the winning city for the year 2023, they just went with two. And really, it was only a matter of time before even more spotlight would be put on the wonderful cultural heritage of both Bergamo and Brescia. I would also like to praise the designer of the joint logo in particular, as it is simply excellent:

The 3 of 2023 is the letter B at the same time, connecting the two cities even further as they continue to grow together through this project as well.

If you haven’t visited Brescia and/or Bergamo already, now it’s your chance as more than 100 major projects and another 500 initiatives are about to kick off. The planned program aims to “tackle contemporary challenges focused on culture, sustainability, enhancement of the artist heritage, welfare and innovation.”

Whether you’re into museums, theaters, jazz, opera, science, art, or just walking down some beautiful streets, Bergamo and Brescia will now have even more to offer.

Although as the region’s capital and one of the world’s most famous cities Milan gets the most attention, both Brescia and Bergamo can brag about a fair number of visitors every year. Both at a comfortable distance from Milan – some 40-50 minutes by train – the two picturesque cities lie at the bottom of the Alps, surrounded by lakes such as Iseo, Garda, and Como. They both host some UNESCO World Heritage sites as well: the four-centuries-old Venetian Walls of Bergamo, Brixia – Archaeological Park of Roman Brescia, the largest Roman archaeological area in northern Italy, and the monastic complex of San Salvatore – Sant Giulia.

In Bergamo, the two neighborhoods of Città Alta (high city) and Città Bassa (low city) are the first thing that makes the visit worth all the while. These also look breathtaking from an airplane, which is something our readers (especially those from Europe flying with Ryanair) might agree with.

About an hour southeast from there is Brescia, the second-largest city in the Lombardy region and an important industrial hub. In its old town, you can find the best-preserved Roman public buildings in northern Italy, as well as the place where the Franciacorta sparkling wine is made.

What to see and when?

The journey of Brescia and Bergamo as the Italian Capital of Culture 2023 begins with the inaugural ceremony on January 20, 21 and 22, 2023, in multiple locations. It then continues all year long with cultural events for every taste.

Visual arts-wise, the Accademia Carrara will open the first exhibition ever devoted to Cecco del Caravaggio (1580 -1630), born Francesco Boneri, Caravaggio’s pupil and an all-around mystery (on view January 26-June 4). Staying in Bergamo, a nice overview of 20th and 21st century art titled “A Leap into the Void” will open at GAMeC (February 3-May 28). Last but certainly not least, the “Donizetti Night” in June will celebrate Bergamo-born composer Gaetano Donizetti and some of his most famous operas. Speaking of Donizetti, his rarely performed opera “Il Diluvio Universale (The Great Flood)” will kick off a festival in his honor in November.

In Brescia, an exhibition dedicated to one Giacomo Ceruti will open at the Museo di Santa Giulia before traveling to Los Angeles. Many events for the music fans, namely conductor Speranza Scappucci at the Teatro Grande di Brescia on February 3; The Great Jazz Night, a non-stop event dedicated to the genre from February 24 to 25; the Piano Festival on April 29; or the National Symphonic Orchestra on May 26. The Opera Festival will take place from June 9 to 10, while the 6th edition of the Brescia Photo Festival is open from April 24 to June 25.

On the official Bergamo Brescia Italian Capitals of Culture 2023 website, you can see the full official program and keep yourself up-to-date. 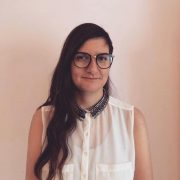